Psychological first aid has been recommended by many expert groups for children and families who have been recently exposed to a serious crisis event.

The Parenting and Families Research Group (PFRG) aims to promote the health and wellbeing of families and children. The PFRG has assessed the impact of parenting interventions in different settings globally, including most recently in the face of conflict and displacement in Syria. The PFRG has conducted a series of studies relating to the Syrian conflict, covering a range of topics such as:

We developed a parenting information leaflet following the principle of psychological first aid. 3000 parenting leaflets and questionnaires were distributed to families in Syria, and 59.5% of questionnaires were returned. The leaflet was met with positive response from parents and caregivers.

I have been waiting for something useful like this after not finding anyone to answer my questions.

This is great if we follow it accordingly. It has relaxed us and shown us what to do. We can reduce anxiety and fears in our children and make them feel safer.

The parenting leaflet has been translated into different languages, with versions for families who have moved to different countries.

The World Health Organisation (WHO) recommends building decentralised mental health services. The PFRG is working closely with the Children and War Foundation and NGO Watan to develop a brief, protective programme for parents and children who have experienced trauma that can be widely delivered with minimal training by non-specialists.

Refugee parents who fled the Syrian conflict to Manchester tell their stories of the struggle to raise their children through the different stages of living through and being displaced by war in a 25 minute film made in partnership with independent film maker Hafsah Naib.

From Bombs to Bread

In this moving TEDx talk, Aala El-Khani talks about the experiences of families and parenting challenges arising from the conflict and displacement of the Syrian crisis. 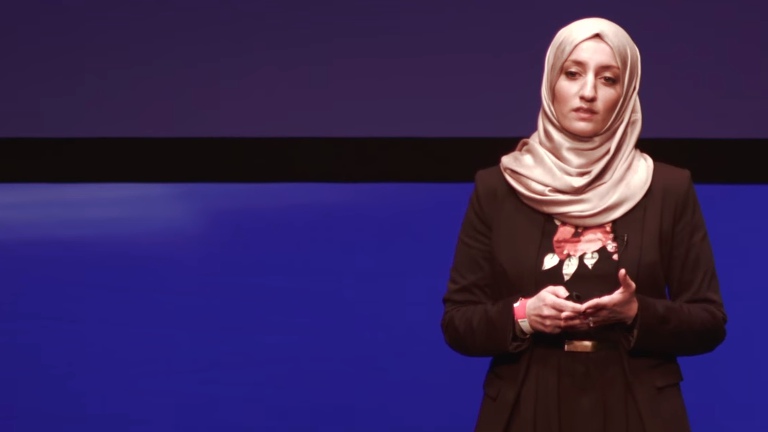